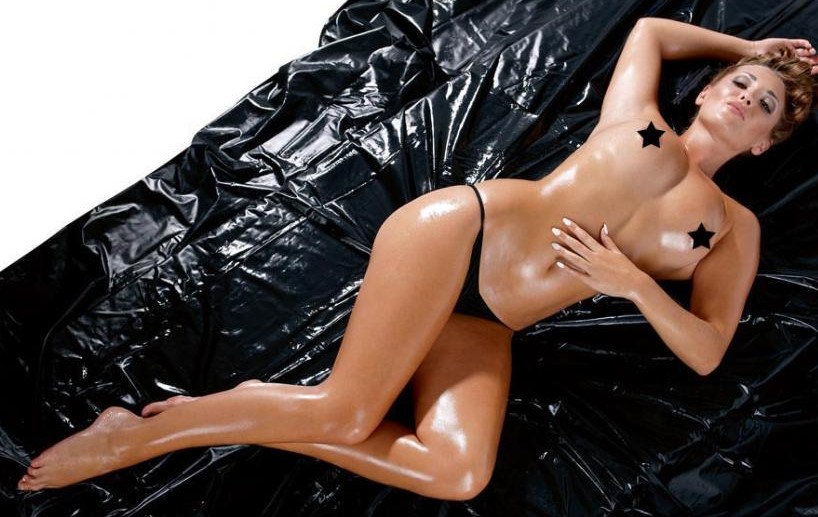 All it takes is one Google search and a quick sweep of the first few (pornographic) results to assume that a nuru massage is a very sexual massage that leads to one hell of an explosive happy ending. Videos always seem to involve a naked girl sliding over a naked guy lying on an air mattress and then five minutes later, they’re having sex. Because what else would you do if you’re naked in a room with someone you’re attracted to? But this is what happens on a screen and it’s all very staged. So what’s a nuru massage like in real life? We spoke to two of our clients to find out what it’s actually like to get a nuru massage.
For confidentiality reasons, we’ve changed their names.

How old are you?

What is your relationship status?

Ben: Engaged and we live together.
Tom: I’m single.

How many times have you had a nuru massage?

Ben: More times than I’ve told my fiancée.
Tom: A handful of times.

Does your partner know that you’ve had nuru massages?

Ben: Yes, but she thinks I’ve had less than I actually have. She was the one who encouraged me to try one and we’ve had couple nuru massages, which are pretty sexy. We have a really stable relationship and love to try new things if it means it’ll strengthen our bond. But I haven’t told her about the nuru massages I’ve had when we’ve had fights and I needed a way to get my mind off things.
Tom: Some of my exes knew. I never got one while I was with them, but they weren’t very impressed that I had tried them at all.

Why did you decide to try a nuru massage?

Ben: My fiancée and I just love to spice up our relationship, and there aren’t many things that we haven’t tried. One day we were drunk and one of our mates was telling us about how he got one when he was on holiday in Tokyo, so we thought we’d try one. The first time I decided to try one on my own was when I’d had a massive row with my fiancée. I was going to get a normal happy ending massage, but the masseuse suggested a nuru and it said it was a fun alternative.

Ben: Initially it was nerve-wracking but then it was one of the best and most unique feelings ever. My fiancée and I went to a parlour because we didn’t want the neighbours gossiping. Our masseuse was quite young – probably around 20 – but she was crazy talented. I can’t properly describe but she used her body in ways I never thought you could. Since then, my fiancée and I regularly engage in DIY nuru massages before we have sex. It’s a new, better take on foreplay!
Tom: Absolutely sensational. It was everything I’d imagined it to be and more. It’s crazy – it was the perfect balance of intimate and casual, so it’s great if you’re looking for a proper no-strings- attached sexual experience. I’ve never had an orgasmic climax quite like the one I experience during a nuru massage. My masseuse was stunning, had an incredible body and when she started rubbing it all over me, I thought I’d finish right there and then. But she was a true pro – she kept me on the edge for ages. The build-up was phenomenal so when I finally did climax, it was like a volcanic explosion that had been brewing for ages.

Did you and the masseuse talk?

Ben: A bit. She’d ask me what I’d like and I’d tell her what felt good. That kind of thing.
Tom: Yeah, there was quite a bit of pillow talk and I’d say what felt good. It was really sexy.

Were they always manual stimulation only?

Did you always have an orgasm?

Ben: Yes!
Tom: Definitely the best ones ever.

Ben: Always – it’s polite to, seeing as she’s just touched me in such an intimate way.
Tom: Yes because you’re supposed to do, right?

What need do the massages fill for you?

Ben: There are so many. Sexual, emotional, physical, intimacy, adventure and the need for stress-free satisfaction. It’s turned our sex life right around.
Tom: Mostly sexual, but a bit of emotional too. I’m not a very emotional guy, but nuru massage has shown me that slowing down and intimacy aren’t bad and they actually bring about better sex.

Do you think there are any rules the client and the masseuse should follow?

Ben: Always have respect for the masseuse – she might be getting paid for it but she’s the one who has to be in your naked presence and touch you where the sun don’t shine. And you should also shower before and after your massage. Cleanliness is everything.

Tom: Don’t treat the masseuse like she’s a prostitute.

Do you have any advice for anyone thinking about getting a nuru massage?

If you’re interested in our London nuru massage service, check out our masseuse gallery here and our rates here. http://www.oriental-massages.co.uk/nuru-massage-london/